Other Titles of Infallibility of the
Ordinary Magisterium

Arnaldo Xavier da Silveira
In the last article, we reviewed the continuity of the teaching that gives the ordinary Magisterium infallibility. But this is not the only way.

Post-conciliar canonizations of progressivists like Paul VI and Archbishop Oscar Romero raise legitimate doubts; below, similar questions rise on the othodoxy of Mother Teresa and JPII

Theologians list several other cases when this occurs: canonizations, the liturgy, ecclesiastical laws, the approval of Rules of Orders and religious congregations.

In a canonization, the Supreme Pontiff states that a certain servant of God has sanctified himself and deserves the worship of the Universal Church, and proposes his life as a model for all the faithful. Now, if that soul had condemned itself, the Holy Church would be proposing a false worship to its children, and a model that would lead them to eternal perdition. And then the gates of Hell would have prevailed against Peter's Rock.

This is why the Pope is infallible in canonization. The doctrines which he implicitly teaches in recommending that the faithful imitate and venerate the new Saint are not covered by infallibility. In canonization only the declaration that the Servant of God is in Heaven is infallible.


Note to Reader: This article was written in 1967, only two years after the close of Vatican II, when most of the Church institutions conserved the characteristics they had sustained for many centuries. The considerations made here by the author should be applied to those institutions as they were in 1967.

After the Conciliar Revolution with the change of the Code of Canon Law (1983), which implied the virtual abolition of the regulations of the processes of canonization, the complete change of the liturgy of the Mass (1969) and the Sacraments, the reform of the Roman Curia, the abandonment of the Rules in Religious Orders etc., we believe that this article should be re-studied in these points.

Indeed, many of the post-conciliar canonizations lost their seriousness and are raising to the glory of the altars persons who clearly were not saints by their lives or by their writings; the New Mass has a flavor of heresy; the principles the conciliar Popes used to change the structure of the Church are anti-Catholic etc.

So, as the author recommends in the last part of this installment, we should suspend our obedience, instead of consider these matters infallible. - The editor


For the same reason – the gates of hell would prevail over the Church if the Pope were to direct the faithful to eternal perdition – ecclesiastical laws, and especially the approval of religious Rules, enjoy infallibility. If the Holy See were to oblige the faithful to perform sinful acts or to give them objectionable rules of life, it would have become an instrument of damnation.

Also the prayers of the Sacred Liturgy, directly or indirectly approved by the Chair of Truth, cannot contain errors. “Lex orandi, lex credendi” (The way we pray is the way we believe). How could the Church, through the prayers she recommends, instill in souls principles opposed to Faith?

This is not the place to delve into the very interesting questions that such a problem suggests. As a simple indication to the reader looking for an overview, we point to some extensions that the theme entails: Authority of non-infallible documents

Concerns about the study of the various kinds of infallibility should not, however, lead us to any uncertainty on non-infallible documents.

Indeed, most of the teachings contained in Encyclicals, Pontifical Allocutions, Letters addressed by the Holy See to Bishops and congresses throughout the world, Decrees of the Holy Roman Congregations, do not involve infallibility. 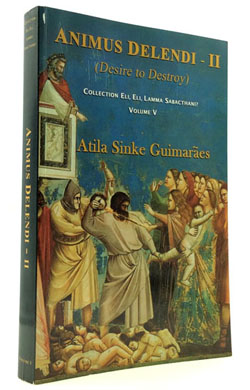 Did the Council periti have the intent to destroy the Magisterium? This book provides evidence that it did

Should we under this pretense despise them?

This was, as we have said, what the modernists tried to do with the documents that St. Pius X published against their new doctrine. By then the problem was already an old one, for previous heretics had resorted to the same ruse so that they could better spread their poison inside the Church. (3)

“What kind of adherence do we owe to such authentic but not infallible doctrinal decisions?”

He replied: “It is the religious assent based on the authority of the government of the Universal Church: a religious assent which is not faith, but which depends on the virtue of faith. The authority of the supreme and universal Magisterium is so holy and so sacred that, when the Church makes a decision, for example, commanding us to follow or reject a particular doctrine, we owe it respect and obedience, not just respectful silence, but the inner assent of the spirit, even when the decision is not guaranteed by the charisma of infallibility. The sacred authority of the Church motivates our adherence.”

Knowing Church doctrine in her own Magisterium is fundamental

He continues: “It is, without a doubt, prudent, wise and secure to abide by the decisions of the highest and most competent of all authorities, who, even when not exercising their sovereign power to the highest degree, always enjoy the special assistance of Providence.

“Whether the Pope can make a mistake or not, says St. Robert Bellarmine, he must be religiously obeyed when deciding on an uncertain question.

“In this case, our assent is not metaphysically certain. In effect, since the decision is not guaranteed by infallibility, the possibility of error is not excluded. But it is morally correct: The motives for adherence are so plausible that it is perfectly reasonable to give assent to this judgment of the competent authority.” (4)

Of the numerous pontifical documents that teach that this must be the position of the faithful before non-infallible pronouncements, we cite only one passage from Pope Pius XII's Encyclical Humani generis:

“Nor should it be believed that what is expounded in Encyclicals does not of itself require consent, since in writing such Letters the Popes do not exercise the supreme power of their Teaching Authority. For these matters are taught with the ordinary Magisterium, of which it is true to say: He who heareth you, heareth me. (Lk 10:16)”

Fr. Salaverri points out principal documents of the Magisterium on this subject, which may be of interest to the reader who desires further clarification. (5)

The problem of suspending internal assent

Having said this, a problem still remains: Is it permissible to suspend obedience to a document of the Ordinary Magisterium that is in direct opposition to a doctrine traditionally taught by the Church?

To this question many theologians give an affirmative answer.

In the following text, Fr. Nau deals especially with Encyclicals, but it is clear that the statement holds for any document of the Ordinary Magisterium: “One reason could cause us to suspend our assent: The actual opposition between an Encyclical text and the other testimonies of Tradition. Even then, such an opposition could not be presumed, but would require proof, which would be difficult to exist.” (6)

Other authors, however, do not allow such suspension of consent. (7)

Although we do not enter into the analysis of collateral and subtle issues here, we must not fail to state that the position of these latter theologians does not seem clear to us. In certain texts they imply that Divine Providence will never allow errors in the decisions of the Ordinary Magisterium. Thus, they do not comment on the merit of the question and refuse to study the hypothesis: “We will not examine the case in which the believer would imagine having [in his favor, against the Ordinary Magisterium] the truth of a proposition [previously] condemned by the Holy Office” (8)

In other passages these authors admit the possibility of error, stating that, if it is evident, “one must remain firm in adhering to the decree of the Holy Congregation, at least as being probable, until the Congregation itself or a higher court decides differently on that matter.” (9)

We do not think that these authors have had the courage to face the hypothesis of considering the following factors in such cases:

1. The circumstances of concrete life oblige the believer, in good conscience, to take a stand before a problem;

2. The person has the evidence that – as Fr. Nau says in the above text – there is an actual opposition between the teaching of the Ordinary Magisterium and other long-standing past testimonies of Tradition;

3. The infallible decision that could close the question – to which Fr. Salaverri alludes – is not issued.

Therefore, the more objective position seems to be the position belonging to those who, at least in the purely speculative field, do not refuse to examine this hypothesis.